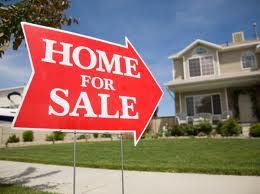 Just what is it going to take to initiate home sales and refinancing of Brunswick County homes for sale if the latest low interest rates aren’t going to do it? The average rate on the 30-year fixed mortgage fell to 3.87 percent this week. Weeks ago, it dropped to a record low of 3.98 percent according to the National Bureau of Economic Research. Even the average rate on a 15-year fixed mortgage increased a bit to 3.16 percent from 3.14 percent.

Low mortgage rates haven’t translated into higher home sales of Brunswick County homes for sale or anywhere else for that matter. Across the country mortgage applications dropped 1.2 percent yet again, as reported by the Mortgage Bankers Association. The low rates have caused a modest boom in refinancing, but that benefit will soon be wearing off. Most people who can qualify to refinance have already locked in rates below 5 percent.

High unemployment, businesses failing and low wage increases have made it more difficult for many people to qualify for loans but many people who could, simply aren’t even applying. Some of these people wrongly think lending institutions aren’t accepting loans at this time and that isn’t the case. Plenty of homeowners who could afford to refinance already have. Brunswick County homes for sale and elsewhere remain available, offering buyers sweet prices on primary homes or vacation investment properties. You can get the best deal of your life by purchasing now.